Showing posts from April, 2016
Show all 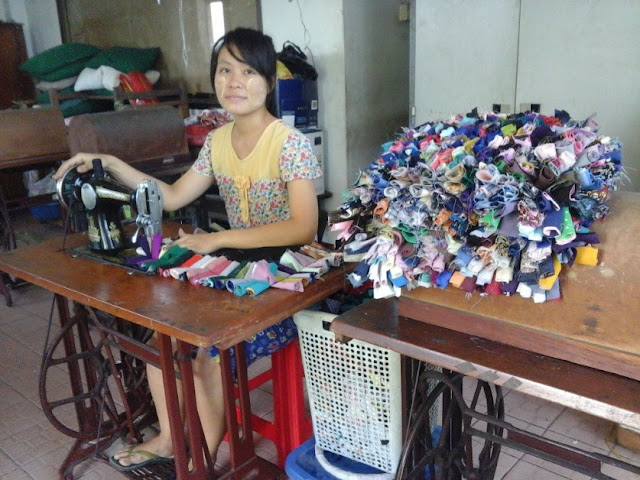 The following is a letter from Naw Htoo Nay Paw. My name is Naw Htoo Nay Paw and now I am 23 years old. My native village is Tha Bye Kyine Village, Ayeyarweddy Division which was affected by Cyclone Nargis in 2008, May. I have 3 siblings, and during Cyclone Nargis I lost my youngest brother. My parents were daily wagers and they could not afford me to attend grade four. My father died when I was 13 years old. After Cyclone Nargis, my mother married a young man, and I had decided to leave my family and went to Zoe Center by the support of Thramu Daily Paw, assistant Secretary of Yangon Kayin Baptist Women association. In 2008 June, I became a supporting catering staff for the trainees at Zoe Center. From 2008 to 2014, I have attended different kinds of training such as teenage girl training, women development training, basic sewing class, embroidery training, making fancy training, sewing hymn book cover, cloth purse and door mat training. In 2014, we have organized a micro fin
Read more
More posts